Dr. Judy and Henry are very special.
We are so happy to have found such a wonderful mobile pet veterinary.
We had them do our puppy’s shot and also had to do a very difficult thing of putting our other dog to sleep. They were so caring, compassionate and gentle both to us and especially to our animals.
Will be using them for all of our animal needs in the future.
Thank you Dr. Judy and Henry

Yesterday my family and I put our 16 year old husky down and it was by far the worst thing I’ve gone through. I cannot thank Henry and Dr. Judy enough for being such loving and compassionate people. My family felt no rush to say our goodbyes and they made sure that we were fully ready and understood everything that would happen before proceeding. I could not be more grateful for the love they showed us in such a hard time.

I am so thankful for Dr. Judy and Henry. They came out on Friday to help our Spliff dog cross the rainbow bridge. They gave us as much time as we needed and were so caring and compassionate. I cannot thank them enough for being there for our family in one of the most heartbreaking times. Thank you so much!

Having to do what’s best for your best friend and send them off to be pain free and happy again has got to be one of the hardest things I’ve ever had to do. When I called Homeward Bound and spoke to Henry he was so kind and accommodating; it was also a Sunday. I thought I’d have to leave a message. He got me scheduled and he and the kind doctor arrived at the house, explained every step and were again kind and patient. They were compassionate and understanding. Something we needed at that time. They arranged the cremation with A Beloved Pet, another wonderful and kind group of people. I cannot recommend Homeward Bound enough. A couple weeks afterward, I received the most beautiful card and heartfelt and handwritten message inside. They were the Angels I needed that day to care for my sweet kitty. Thank you again for your kindness

Today we put down our beloved dog Nicky. I called Homeward Bound last night to make an appointment anticipating the inevitable. I left a message filled with many emotional pauses caused by my grieving. Henry called back almost immediately. I found him to be patient, compassionate and informative. We set an appointment for today at 9:00 am.

Henry and the veterinarian Dr. Byarlay showed up on time. The sincerity in their compassion and patient attitudes made a very emotional situation less painful. We felt that we were among friends that truly cared.

When it came time for payment my wife inadvertently wrote the check for an amount above what I had been quoted. I would have not known of this mistake had Henry not called to request a replacement check for the correct amount.

Our baby girl is gone but we take solace to know that she went down in the comfort of her own bed surrounded by family and these two wonderful and ethical professionals. 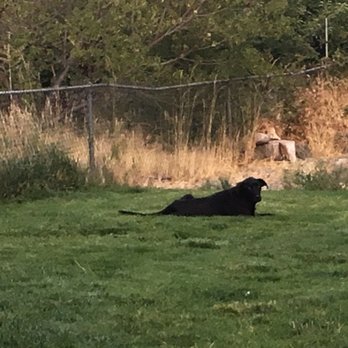 We had to put our baby down. They were just so kind and nice. Henry is just about the nicest guy in the world!

They treated her and us amazingly

Death and dying are some of the hardest things to process. We called on a Sunday night and were informed that they could come tomorrow. We made arrangements for three o’clock.

Our dear beloved Savanna (a 12 + year old toy Australian Shepherd) took a turn for the worst during the night. We believe she had a stroke or two. She was not able to walk straight. We knew she had congenital heart failure. We could hear she had liquid in her lungs when she coughed. We called and left a message for Henry and the vet.

They called us first thing in the morning and asked when they should come. They came as soon as they could.

My kids stayed up all night loving and taking care of our beautiful and unique little girl. We live out in the country so she could not spend the night outside because of the coyotes.

When the vet and Henry arrived she was ready to go. My husband filled out the paperwork and they asked us if we were ready. We said we were.

We let her go outside to her favorite tree and lay down. She crossed her beautiful little legs in front of her and let us know it was ok. The Vet asked if we were ready. We said we were. The vet and Henry informed us that they were going to give her a shot to calm her down and she would sleep. Henry held her head because they were afraid that it might caused her some pain and that she would nip. We know that she would never do that. But they didn’t.

She was very strong and held her own. As soon as she went to sleep they gave her another shot to stop her heart. They informed us when her heart stopped. They asked us if we had a blanket to wrap her in. We did not. So they got a beautiful blanket that had paw prints on it put it on top of a stretcher and wrapped her in the blanket and carried her off. They took her to the mortuary where they cremated our little girl and put her inside a pretty box. They gave us a card and informed us that the mortuary would call and let us know when she was ready to be picked up.

Our little girl didn’t like the vet’s office and I think the stress on getting in the car and going to the vet would have killed her. It was much nicer for her to be able to spend as much time as she could with us. The cremation was included in the price for Dr. Byarlay and Henry to come to our house.

The vet and Henry were so understanding, kind, friendly and compassionate. They saw how wonderful and what a lady our Savanna was. We will so miss our beautiful girl who now lives forever in our hearts.

Dr Judy Byarlay and Henry are exceptional people. They helped us through a very difficult period with our dog Chelsea and made it easier to absorb the tremendous loss we felt. When they first came to make a house call to see Chelsea, it made us feel at ease as they observed and examined her. I am sure Chelsea was less stressed being at home instead of on a cold table at a doctor’s office. She was definitely in the December of her life and we wanted to hear the options. Dr Byarlay and Henry were honest and up-front with the alternatives we were faced with, knowing we wanted Chelsea to live out her life as comfortably as possible.

When we decided to say good-bye to Chelsea, Dr Byarlay and Henry were like angels helping us through it. Chelsea gave us 12 years of unconditional love and we will always remember her sweetness and good nature.

We will continue to call on Homeward Bound for our other two dogs, and highly recommend them to any pet owner. 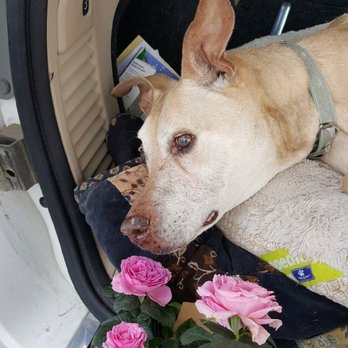 Words cannot begin to express the gratitude I feel for the caring folks here. I don’t think they knew quite was in store for them today when I asked them to put my 16 and a half year old pup down, but they accommodated my wishes in every way possible. They helped load and carry her on a stretcher up the very first trail trail we ever hiked together overlooking Mt. Rose. Henry and Dr. Judy are the absolute best. They helped me honor and remember my loved one and did so with the utmost compassion. Thank you a million times. This was a day I dreaded for so long and because of these two amazing human beings, I was able to send my Kanaka off the way she lived….Beautifully

Thank you Judy and Henry for helping me cross the Rainbow Bridge Love, Kanaka

Dr. Byarlay, Henry and Ingrid are all wonderful, compassionate and patient! We asked them to do wellness exams for 2 of our extremely anxious cats and they were timely, professional and knowledgeable, making the whole process very smooth. We are sure to be long-term clients!

I can’t say enough about how wonderful and compassionate Dr. Judy and Henry are.  I first called them a few weeks ago to confirm a diagnosis of kidney disease.  They came to my home and took a look at my baby, then arranged to have Ingrid come back that evening to help take a blood sample rather than having to wait until the end of the week.  Sadly, the diagnosis came back the same and they took their time explaining to me what to expect and what my options were.  I opted not to put my kitty through a lot of stress going back and forth from a clinic.  Dr. Judy and Henry came back a couple of times at my request to check on Chuck and provide the medicines we needed.  Since the diagnosis, I’ve spent every available moment at home, watching carefully.  Last night when I got home from work, something was different.  I kept watch and this morning, decided the time had come.  I left a message for Dr. Judy and Henry and they called back and arranged a time to come help Chuck cross the Rainbow Bridge.  They explained everything thoroughly to my son and me and gave us all the time we needed with Chuck.  Their caring and compassion made one of the worst days of our lives much better than it would have been and Chuck passed peacefully on my lap.  I am so glad I found these people – they are an absolute godsend.  I would encourage anyone to reach out for them for both regular veterinary care and end of life care.  Should we decide to open our hearts to this inevitable pain again, I will definitely use them exclusively.  Thank you Dr. Judy and Henry.  Your love toward Chuck will never be forgotten.

Dr. Judy and Henry are amazingly kind people. They made the process of euthanizing our 13 yo German Shorthair Pointer a lot easier than taking him to the vet’s office. If you have a choice as to how you see your pet out of this life, please call them and let them help you through the difficult process. This at home service is truly a blessing.

Homeward bound is really a dream come true. We have a 170 pound American mastiff who is very old and much less mobile than he once was. We called after our big guy had a fall in our kitchen. They came on a Saturday morning to do an exam and prescribe some meds to get Chester up and running. They were extremely punctual and spent ample amount of time making sure all bases were covered. Thank you homeward bound. You have relieved so much stress for us!!

Due to an increase in appointments & calls, please be patient with us while you wait for a callback. We truly appreciate you and will call you back as soon as humanly possible.

We are experiencing a heavy increase in appointment requests, please be patient with us while you wait for a callback. We truly appreciate you and will call you back as soon as humanly possible. If you do not hear from us by the next business day, please call or text us at (775) 722-1627 Call to make an appointment

We will call you back soon